When I was first dating Claire, she was singing in the band Ad Hoc which played benefit dances for many organizations and movements. The anti-nuclear movement was at its peak in many countries around the world, and feminists were taking nonviolent direct action against the storage of nuclear weapons at the RAF’s base at Greenham Common in Berkshire, England. Large demonstrations were taking place in Vancouver, BC and I joined the Trident Action Group. 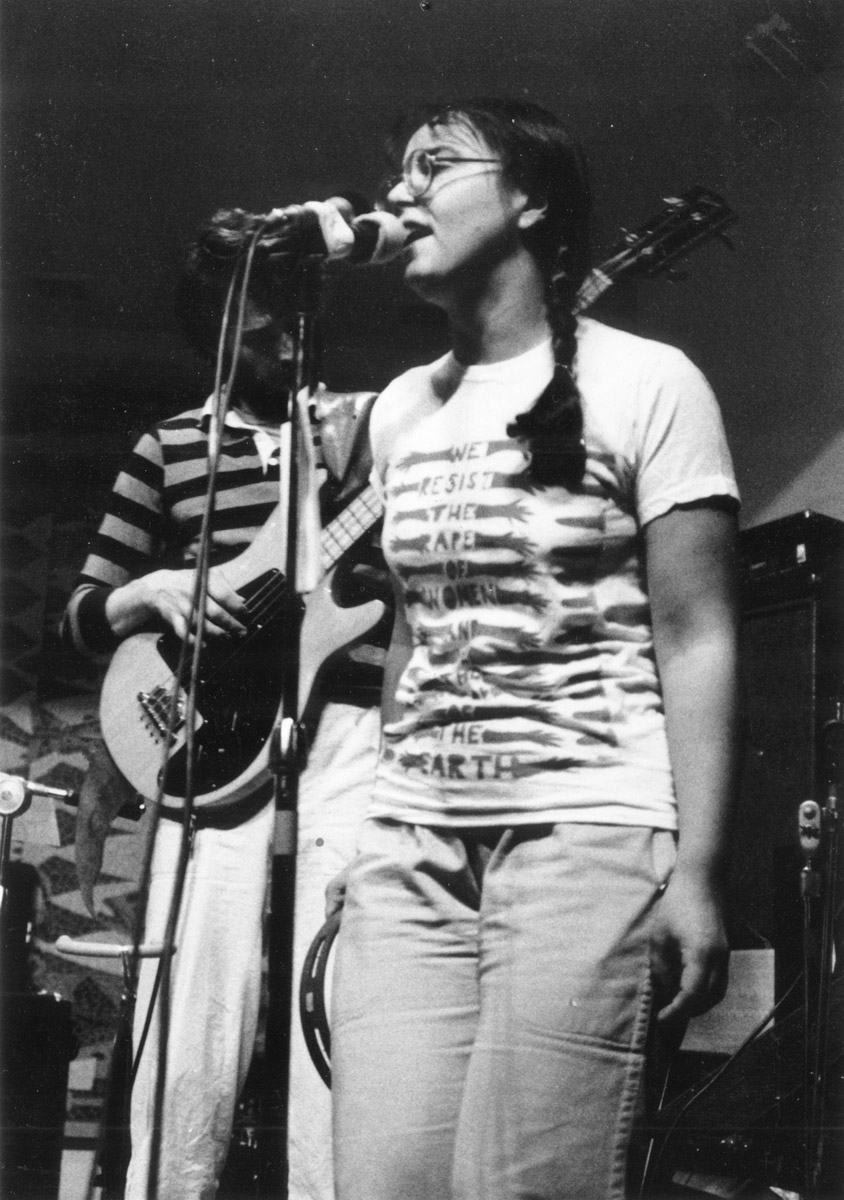 I sketched out a shirt design of many hands pushing away bombs, then cut it out of paper with an Xacto knife to make a printable stencil. Back then, I only had one silk screen, one can of deep red oil based ink, and one squeegee, which I used to print about three shirts, one of which I gave to Claire, and another to her sister. Here’s what it looked like: 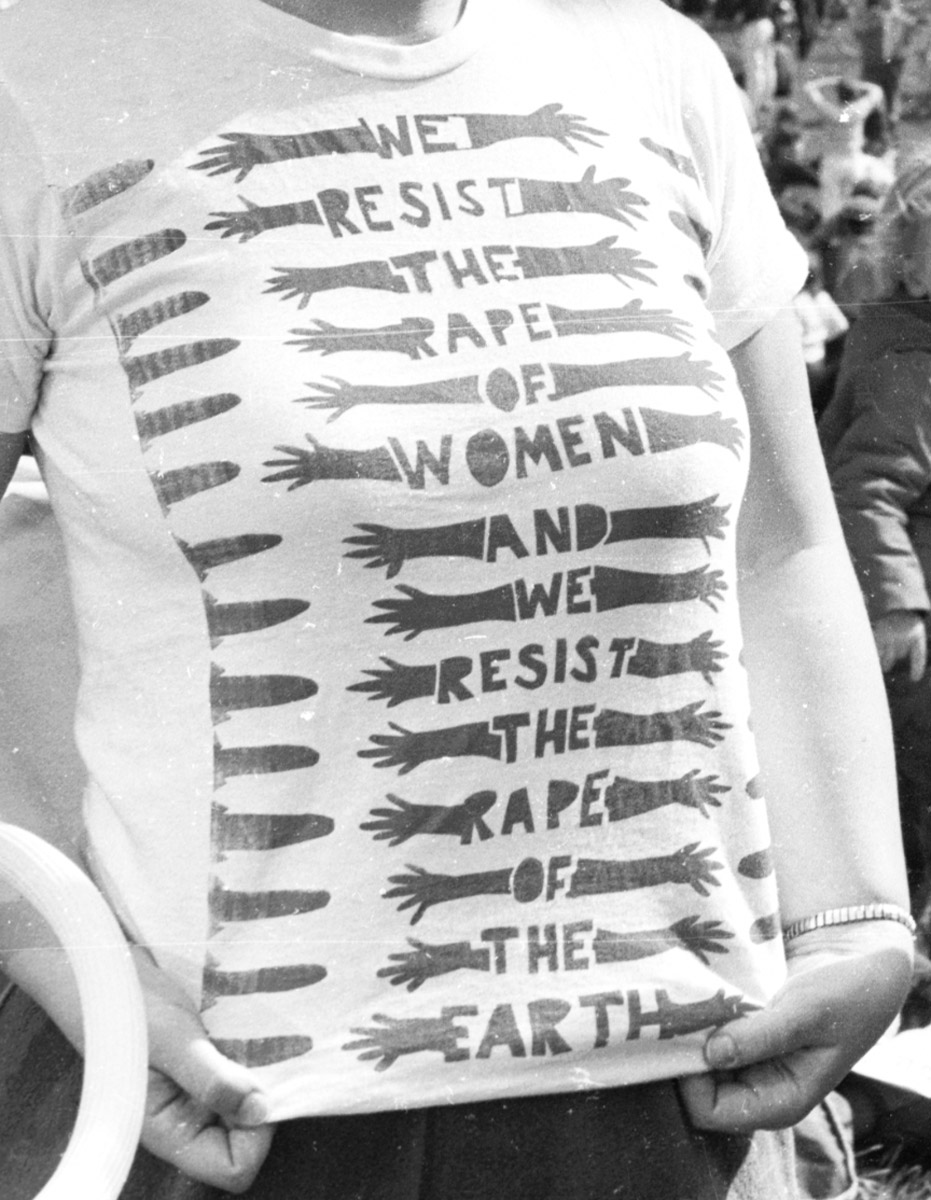 Recently, while traveling in Japan for a screen print exhibition and awards ceremony (see this post), we visited the peace museums in Hiroshima and Nagasaki. The powerful displays provoked many memories from the early 1980s and inspired me to reprint the shirt for Claire.

This time, instead of a fragile paper stencil, I scaled and printed a photo of the original design. After making a few changes with a pencil, I taped a sheet of Rubylith on top and cut out the new design to create a film positive for a more stable photostencil. 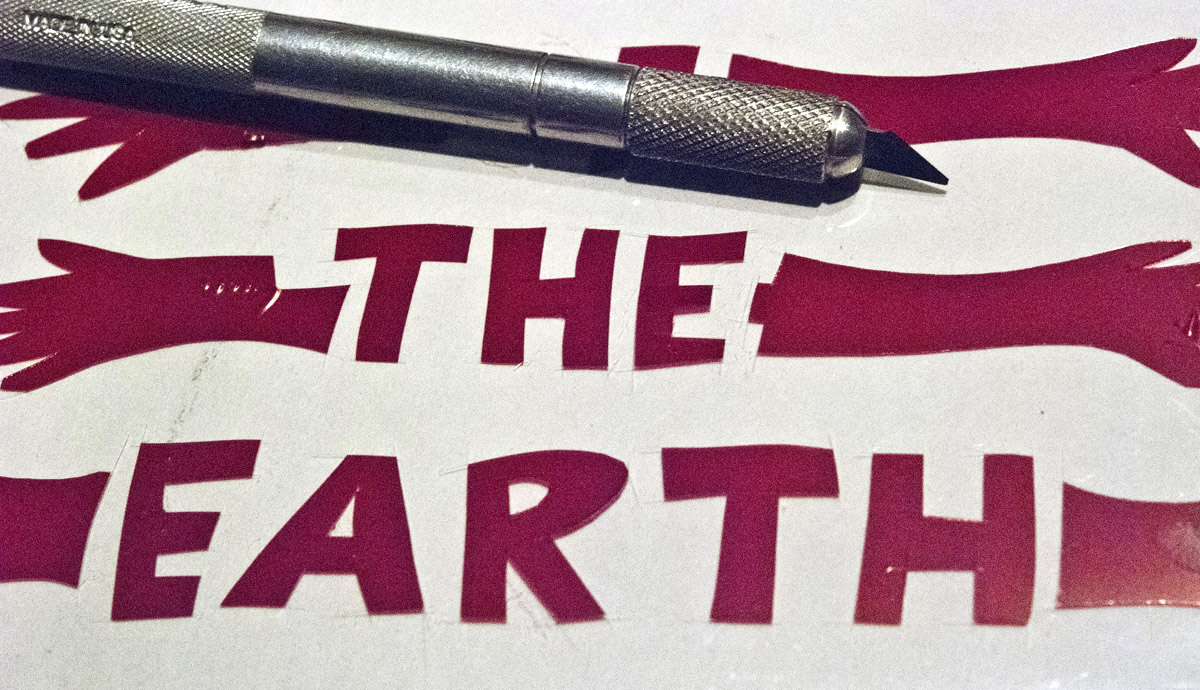 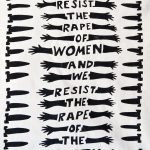 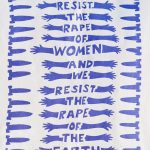 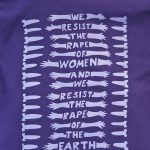 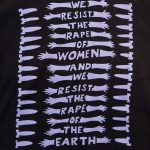 The gift: mauve ink on a black cotton shirt.

Next step: replace the bombs with an environmental graphic element to better integrate the design with the slogan …