…related to imagery & design in the Canadian Occupy movement:

1) The Church of the Clenched Fists has gone from bad to worse. Here’s the new Facebook page of Occupy Vancouver: 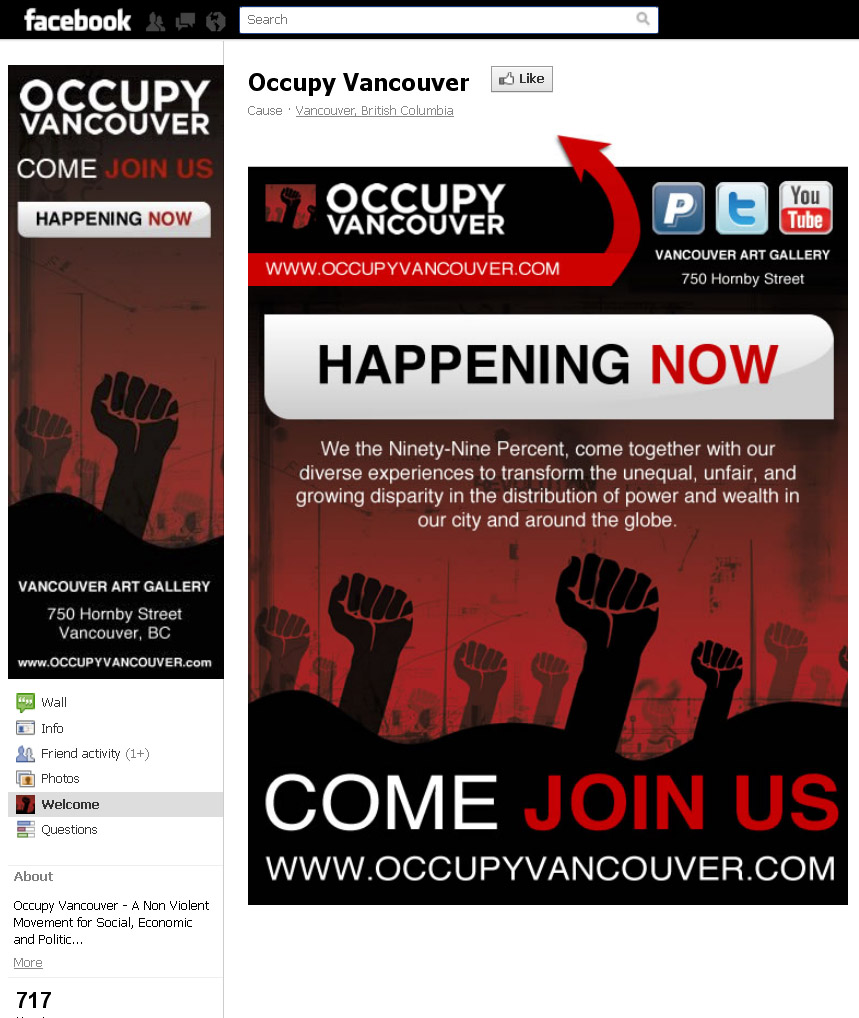 At first I thought these hands have six fingers, but I guess that’s just a graphic anomaly. Maybe it’s their Hallowe’en edition. But I think there are other physical gestures that communicate, “Come, join us” better than a march of zombie fists. Like an open hand maybe?

All the fists are the same shape, but in different sizes, in black and shades of grey. So much for “diverse experiences”.

2) I guess they didn’t listen to Raffi.

3) Part Three of CBC’s The Current Monday October 31, 2011 has a nice interview with Simon Garfield who has written Just My Type: A Book About Fonts. Explains a few things about design, including the Gotham typeface used in the Obama campaign. Plus a fun barrage of invective against Comic Sans!

Some thoughts about the language and graphic imagery of the Occupy movement as it has formed in Canada so far. (click to load 277 Kb PDF article)

Please use the Reply form below to share your ideas for fresh words and images that might encapsulate the changes you want most passionately.