BC Hydro’s chronic racism and denial continue at the Site C dam site on the Peace River in Treaty 8 Territory. Perhaps they thought that apologizing in 2016 to indigenous people affected by the first two dams on the Peace might mitigate further damage or generate enough “cognitive dissonance” to confuse the public: 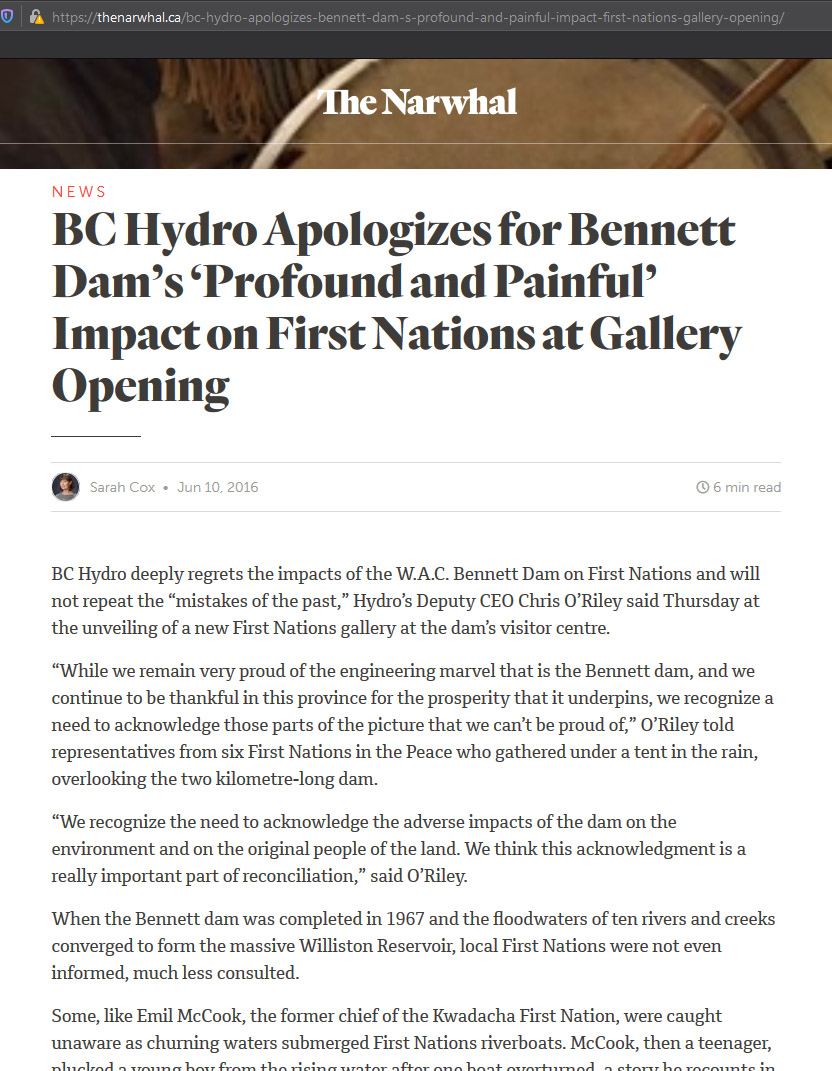 Is it not bizarre, if not utterly reprehensible, that at the same time that it opened this Apology exhibit, BC Hydro was forging ahead with its costly, destructive Site C dam project further downstream from the W.A.C. Bennett dam (1968) and the Peace Canyon dam (1980)? While also fighting First Nations in court and hitting land defenders with SLAPP-like legal actions? How can it be sorry for what it did in 1968 and 1980, but not sorry for what it is doing downstream now? 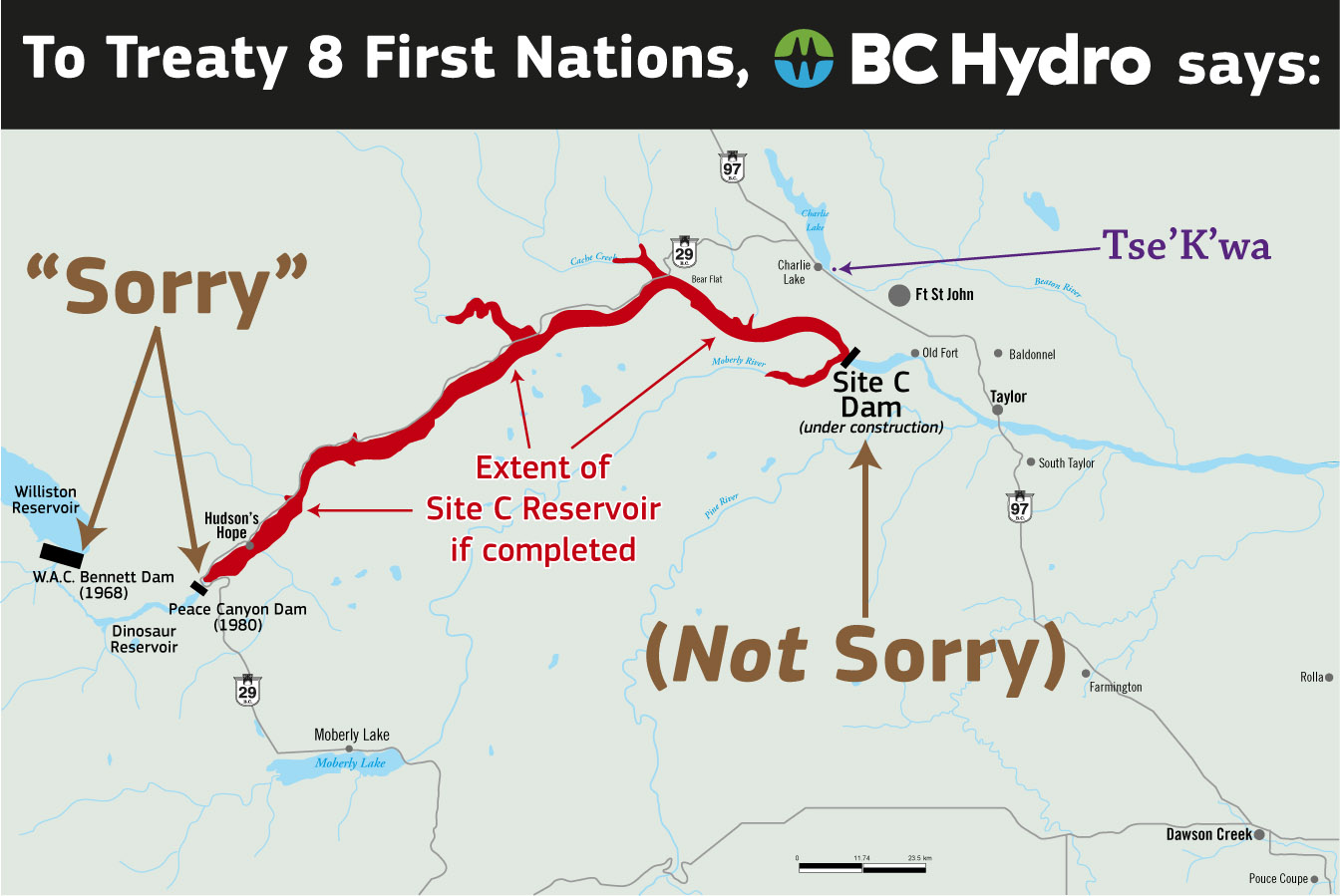 Like an addict, BC Hydro, aided and abetted by the BC NDP government (whose leadership opposed Site C – inconsistently – prior to election), just can’t seem to stop repeating its “mistakes of the past”. To make matters worse, Site C would further damage some of the best remaining land base in Treaty 8 (signed in 1899). 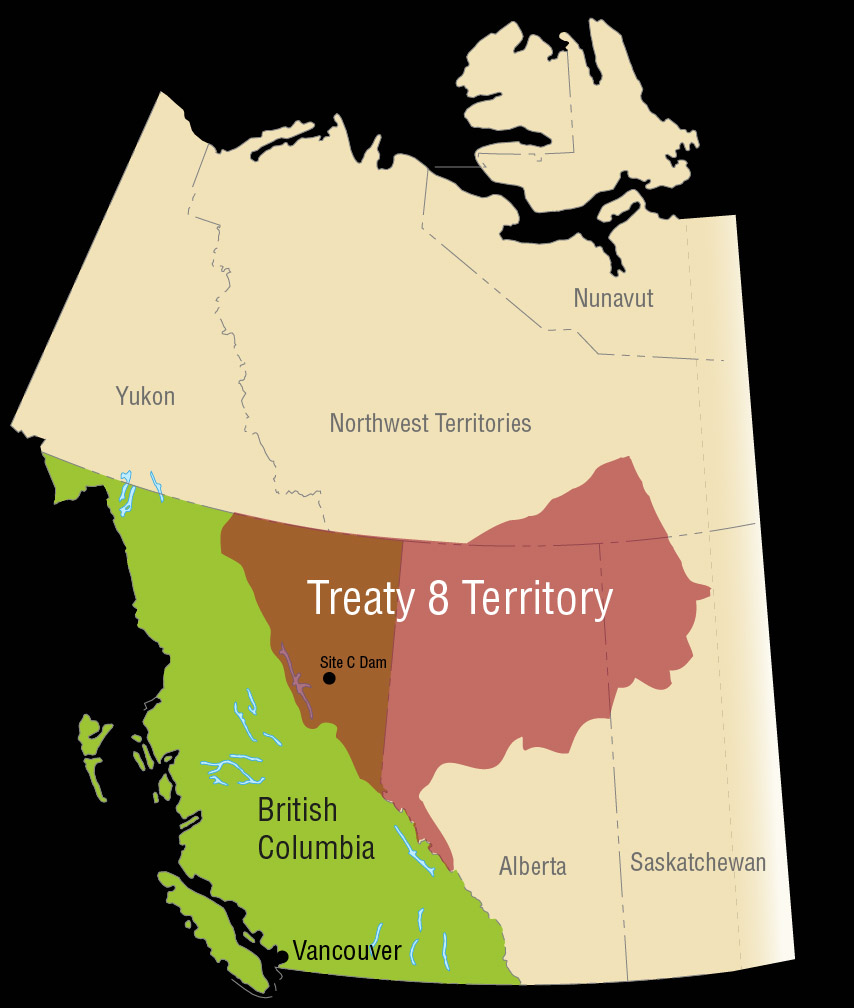 This vast, exquisitely beautiful, precious region is a long way from the corridors of power in Vancouver and Victoria. Few people in BC – especially south of the Rockies – have any understanding of its long, rich human history that stretches back more than 10,000 years as evidence shows at the Tse’K’wa Cave near Charlie Lake, just outside Fort St John, just north of Site C. A profound place. 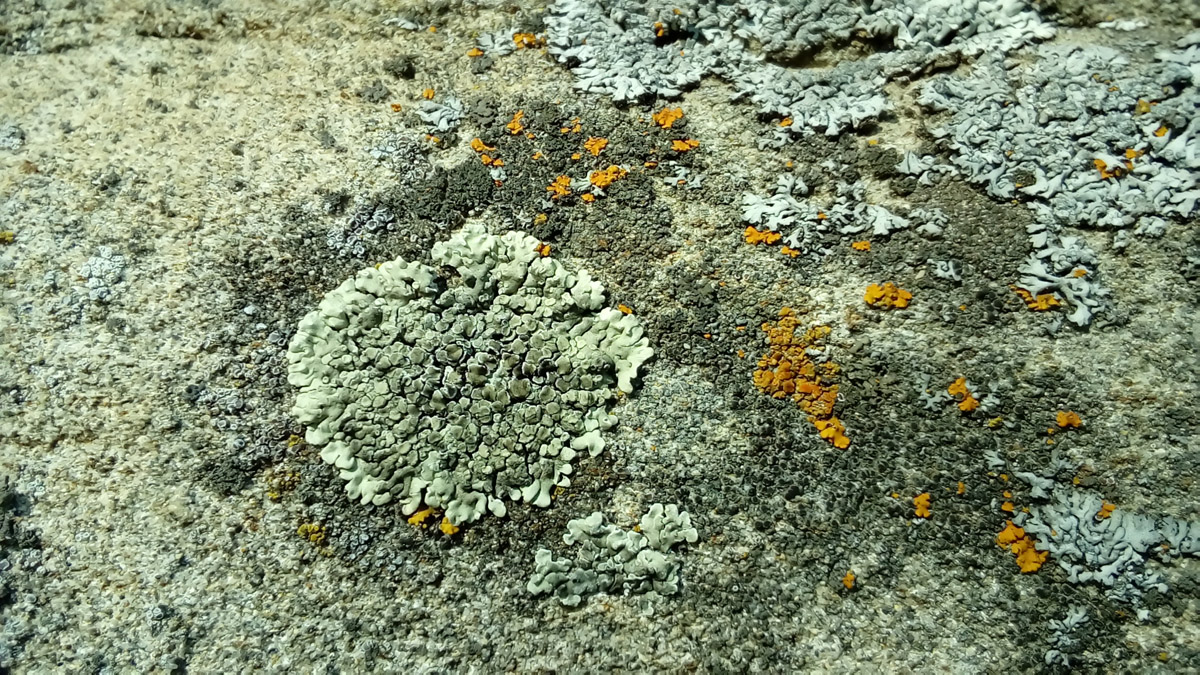 At the time of writing, the Site C work camp remains open with close to 1000 workers in spite of the risk of Covid-19 infections, because the government says it is “essential”. Meanwhile, we will continue to hear NDP & BC/federal Liberal politicians hypocritically acknowledge in hushed tones how they are so very grateful to be on the ancestral land of the [ _______] [People]. With straight faces.

They are like the lawyers for the US-based Building Trades unions of the Allied Hydro Council who successfully argued in favour of continuing Site C in spite of all the evidence against it, e.g. a well-known “progressive” Vancouver law firm whose website intones that they are “on unceded land of the Coast Salish peoples, whom we thank for their forebearance.”

By defining Site C as “essential”, the BC NDP proves that racism and the degradation of the terms of Treaty 8 remain essential to their policy objectives. All their fancy words and politically correct posturing remain – essentially – devoid of meaning and morals.